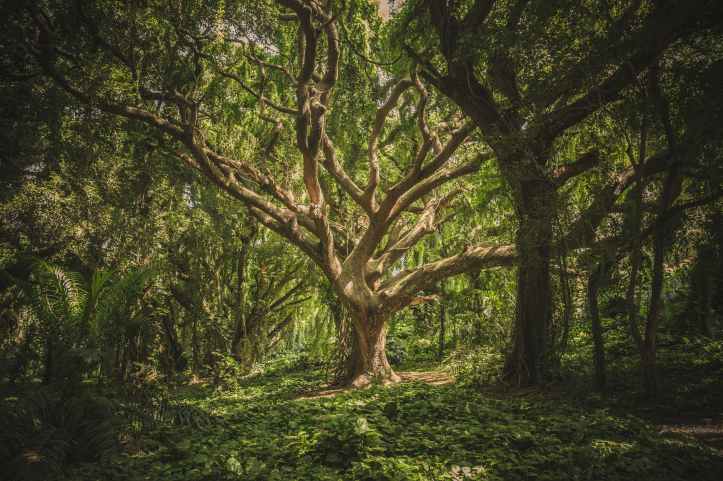 “Even as a tree has a single trunk, but many branches and leaves, so there is one true and perfect Religion, but it becomes many religions as it passes through the human medium. The one Religion is beyond all speech; imperfect men put it in such language as they can command and their words are interpreted by men equally imperfect. Hence the necessity of tolerance, which does not mean indifference to one’s faith, but a more intelligent and purer love for it. True knowledge of Religion breaks down the barriers between faith and faith.” –Mahatma Gandhi

Translation: The general idea is that the true Religion of the universe is perfect. At the same time, nobody’s perfect. Thus, no interpretation is going to be spot-on. You can only try to be as good as you can be, and respect that others will try to as well, in their own way. When you know this, you don’t have to give up on your religion or culture, just the opposite; you are recognizing the common idea of peace, and this can strengthen your own personal faith. That’s why tolerance is paramount: to try to destroy or defame a specific religion (possibly barring instances in which religion is used for oppression) is to try to destroy or mar the perfect one that we all wish to understand and describe, and thus, your own.